You are here: Home / Archives for Fitness

Americas quest for health in a pill basically fails dismally most of the time. The majority of the time I ignore this type fad like activity and just at least attempt to consume a mostly healthy diet. Mostly wholefood, not too much sugar and processed foods, and bubbles – you get the idea.

When a dear friend was enthusiastically telling me all about some medically supported supplements I was not that believing . However she told me her diet was the worst ever – which is why she supplemented with these amazing nutritionals.

Those of you with an amazing diet shouldn’t really feel any need to take them. But if your day to day food intake is just awful (tell the truth), you maybe you should think about it.

Men’s existence has long confused some scientists. Sexual reproduction is kind of inefficient and the vast bulk of species use this method for reproduction. Researchers from the University of East Anglia (UAE) believe they may have figured it out, theorizing that the process of sexual selection improves the health and ultimately protects a species from the threat of extinction.

The recent study was published in the well respected journal Nature and examined Tribolium flour beetles to figure out why multicellular organisms use physical sex to reproduce. Researchers looked at many generations of these beetles and examined the role of sexual selection in outcomes. Sexual selection is the system where the males compete with each other to reproduce and the females select which male to reproduce with.

Almost all multicellular species on earth reproduce using sex, but its existence isn’t easy to explain because sex carries big burdens, the most obvious of which is that only half of your offspring—daughters—will actually produce offspring. Why should any species waste all that effort on sons? We wanted to understand how Darwinian selection can allow this widespread and seemingly wasteful reproductive system to persist, when a system where all individuals produce offspring without sex—as in all-female asexual populations—would be a far more effective route to reproduce greater numbers of offspring. 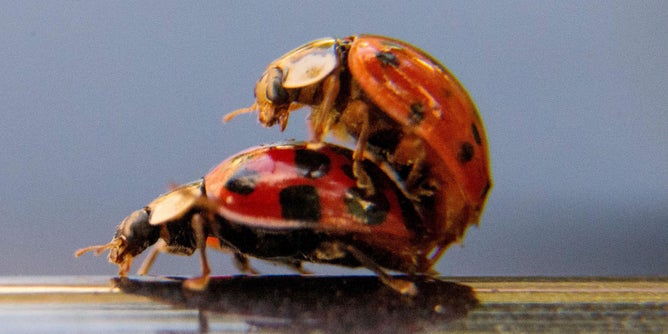 “To be good at out-competing rivals and attracting partners in the struggle to reproduce, an individual has to be good at most things, so sexual selection provides an important and effective filter to maintain and improve population genetic health,” said Gage. “Our findings provide direct support for the idea that sex persists as a dominant mode of reproduction because it allows sexual selection to provide these important genetic benefits.”

This study suggests that in all species, sexual selection plays a key function in sifting out problematic genetic variants, as the competition means females are not willing to select a genetically poor quality mate. The study found that even after 20 generations of in-breeding, the beetles that were strongly focused towards sexual selection had a superior genetic fitness.

We generally are aware of the guidelines of hydration.What if those rules are incorrect? A new study just released thinks that some of these rules could put you at risk of over-hydration.

Hyponatremia is what happens when the blood becomes very diluted,” says Dr. James Winger, a sports medicine doctor in Chicago. “In the setting of athletics, people take in more fluid than the body can get rid of, usually in the name of preserving hydration.

By drinking too much water, the salt in your body gets diluted, leading to swelling in the cells of the body.

Hyponatremia can be tough to diagnose.

Symptoms can be very vague and not unlike symptoms one might experience after running a race or performing any athletic event [including] fatigue, even confusion or exhaustion,

But Dr Winger indicates that it’s completely preventable, as long as you don’t follow some well known myths about hydration.

Myth #1: When you feel thirsty, you’re already dehydrated.
Thirst is a positive thing. In fact, the study, published in the Clinical Journal of Sports Medicine, indicates athletes only drink when thirsty.

When you feel thirsty, your body has started its water saving techniques. “People think it’s too late; you’re already dehydrated” Winger says, stating that becoming dehydrated is tougher than most people think. Drinking water only when you feel the need, as opposed to forcing yourself to drink at every water station, will keep you adequately hydrated.

Myth #2: Running performance will drop if you’re not completely hydrated.
It’s natural to get somewhat dehydrated during events.

There’s mounting evidence that mild to moderate dehydration has no effect on performance in many sporting endeavors,” Winger notes. “We need to look at dehydration as a natural part of exercise, not necessarily something to prevent.

Most runners can lose up to 3 percent of their bodyweight via dehydration before it affects performance, Winger says. Having a drink when you feel the need will prevent you from the danger zone.

Myth #3: Drink until your urine is clear colored.

In general, urine color is a pretty poor marker of specific or exact urine concentration,” Winger says. “If you’re trying to dilute your urine, you’re probably putting yourself into an overhydrated state.

Myth #4: Cramps are an indicator of dehydration.
If you experience muscle cramps you may think you need water to ease the issue. Recent research suggests muscle cramps don’t have much to do with hydration whatsoever.

What’s been demonstrated is that it has a lot more to do with the fatigued state of the muscle, and muscles that are more fatigued are more likely to cramp,” Winger says. “Fatigued states do occur when you’re dehydrated as well, so there’s a definite overlap that leads down this path. Our advice has been to drink when you’re thirsty — that can be a plan, and it’s the easiest plan there could be,” he says. “When you’re done feeling thirsty, stop drinking. It sounds silly, but that’s the simplicity of it and the beauty behind it. We don’t need any sorts of numbers and measurements and weights to tell us how to stay healthy during exercise.

Not long ago I had no idea whatsoever a  ‘dad bod’ was.  And I learned that the ‘dad bod’ is a new glorification of male physique that screams, “I workout in the gym now and then, but I also drink a lot and like to eat 10 slices of pizza in one sitting.”

It all began with Mackenzie Pearson‘s piece “Why Girls Love The Dad Bod.” The basic concept is a “body characterized by flab and some underlying muscles, usually completed with a beer belly.” That basically means any man that played sport in college then started on pizzas for lunch… and has some vague chance with women into this kind of look.

The reasons Pearson gave for her liking of the dad bod were:

It doesn’t intimidate us.

We want to be the cute one.

You know what you’re getting.

Fair enough but guys with dad bods will likely gain more weight in the future and possibly even hit the morbidly obese mark.

It’s kind of interesting to see this opinion and see a bunch of women appreciating this reality of life.

When people hear that a person is “assertive,” it’s likely that the first thought is that they are ‘bossy’ or ‘pushy’. However behaving assertively is a positive way to  get what you want as well as determine mutually-advantageous solutions to issues. The Story: So I’m am a regular at my local rec center basketball courts […]

Not long ago I had no idea whatsoever a  ‘dad bod’ was.  And I learned that the ‘dad bod’ is a new glorification of male physique that screams, “I workout in the gym now and then, but I also drink a lot and like to eat 10 slices of pizza in one sitting.” It all […]

So you hope you’ve made it. You have a date with a man that doesn’t spend his off time in the bottom of a beer bottle or shout “Wooooooo!!” when one of his buddies arrives.  You’re on the path to being a big girl. Now is the perfect occasion to take a long  hard and […]

A classic, straightforward (but not cheap) trick to improve the simple Gin and Tonic For a long time, I didn’t like the simple gin and tonic. For some time, I believed it was the gin that I hated, but some smarter friends helped me along with some truly astounding gin-centric cocktails, and I moved away […]

Americas quest for health in a pill basically fails dismally most of the time. The majority of the time I ignore this type fad like activity and just at least attempt to consume a mostly healthy diet. Mostly wholefood, not too much sugar and processed foods, and bubbles – you get the idea. When a […]